The Salvation Army has a long history of providing support, services and ministry in communities across through partnership with those who graciously donate financial and material goods.  Along with the donations of food, clothing, and household items, we often receive Bibles allowing us to offer ‘free’ Bibles in our Thrift Stores and in our programs and services.

Not long ago we ran out of our supply of donated Bibles, due to increasing requests from clients and program participants.  This presented an opportunity for us to take a fresh look at what we were doing and ask ourselves some questions:  Where do we get more Bibles?  What kind of a message are we sending to people if in response to their request for the Word of God, we provide a used and often outdated Bible?  Does the condition of the used Bibles we provide send a message about how we value God’s Word?

We determined that we needed to give people a translation they could easily understand, and that it should be a brand new Bible - not used or second hand.  We wanted our underlying message to be, ‘We value you, and we value the words that God has for you (and me!) in the Bible.’

We were so pleased to find LifeLight Ministries who were able to supply us with affordable, modern translation Bibles (New Living) for our ministries.

Check Out:  www.radical-leadership.blogspot.com
Posted by Canadian LifeLight Ministries Inc at 6:59 AM No comments: 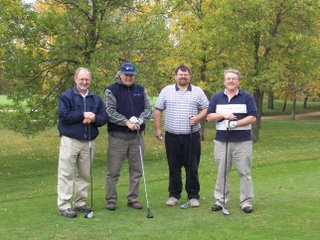 100 golfers had fun and raised enough funds to impact 5,000 families with the love of God in the coming year!

Click on title or picture to link to more pictures.

Posted by Canadian LifeLight Ministries Inc at 9:00 PM No comments:

The look on her face could light up the biggest building on site as she received her very own Bible. It was her first and as she ran back to tell her friends about it she had an extra skip in her step. She promised to read it, follow it and take good care of it.

At Camp Arnes we believe that lives are changed from the inside out, and through the work of the Holy Spirit this is possible. What better way for a child to get to know God than through a Bible that is made for them. Life Light Ministries also believes in this and we would like to thank them and their supporters for the more than 100 Bibles that were distributed, which means that about 10 – 15 % of all our campers received their very own Bible. In the simple words of a child…"thank you".

Posted by Canadian LifeLight Ministries Inc at 10:47 PM No comments:

Good morning Martha
Thank you for registering me in the golf tournament.
I want to take a minute to tell you a couple of stories that happened at camp this year.
During one of the Youth Camps, there were 4 inner city youth, 16 years old who did not want to be at camp.  Their mothers had somehow gotten them on the bus but they had decided, as a group, not to cooperate or join in any of the activities.  These 4 campers decided they would sit at a picnic bench and spend their time discussing items of concern to them alone.  Whenever any of the staff would approach, they would get up and leave.  All in all, they were not going to allow themselves to enjoy their week.
During chapel one night the campers were given New Testament Bibles that the camp had been given to give to each camper.  This was a turning point for these 4 young people.  The next day they were seen sitting at their same picnic table, but they had their Bibles with them and they were reading them.  This gave the staff the courage and confidence to continue to work with these youth.  By the end of the week, they were not the same youth that arrived just a few days ago.
A single mother of 2 youngsters, that was made known to me, was given sponsorship to camp for both children.  After the first youngster had attended camp, the mother called me and was terribly upset.  Her second child, who was scheduled to go to camp the next week, had chicken pox.  The mother told me how going to camp had changed the first child's entire attitude about life.  She had accepted Christ as her personal saviour and was just different.  She took her prize home from camp (her Bible) and was reading it.  The mother wanted me to do something so as the other child might get to go to camp and experience the same life changing experiences. We managed to get her into a later camp and the mother was, and remains, very excited about her new children she had picked up at the bus.
During one of the Children's Camps, there was a young boy who had a lot of difficulty sitting still during chapel.  Staff spent time praying for the boy throughout the week.  It did not appear that this boy heard the message that was being delivered during chapel.  One evening, this boy scrambled to the back of the chapel to pick up one of the Bibles being handed out.  He accepted Christ into his heart that night and the next day during the last meal, he could hardly concentrate on eating his supper because he was so excited about "devouring" his brand new Bible.
There were approximately 600 campers that have heard the news about Jesus at camp this year.  Many for the first time and many of these will have in their hands a Bible that they will have as their very own.
Thank you so much for providing these Bibles to further God's work at Bird River Bible Camp
Thomas Wm. Cooney
Posted by Canadian LifeLight Ministries Inc at 10:51 PM No comments:

Jerry and Sandy Spoor recently accepted a part time position with LifeLight to be the representatives for LifeLight in northern Saskatchewan and Alberta.  Here is their contact information:
Jerry's new e-mail address is pjwspoor@sasktel.net , our phone number is 1-306-837-2218, address is Box 63  Loon Lake  Sask.  S0M 1L 0.
Jerry's new cell phone number is 1-306-837-7227. Please send Jerry an e-mail to confirm that you got this message, because it still is not working properly. Thanks.
Sandy Spoor
Posted by Canadian LifeLight Ministries Inc at 6:18 AM No comments: